I only go out and airsoft maybe once or twice a year these days just as a way to try kit I could never wear for work, though to be honest it’s such a bloody good workout I should do it more for the cardio alone frankly. That said I really enjoy working on guns and just modding them for the aesthetics, but that’s incredibly difficult to do with firearms and UK laws, whereas it’s very easy with airsoft and they look the same in the end. It’s actually better from a looks perspective since you can get RIFs that almost exactly resemble select fire rifles, MGs and SMGs whereas that is almost impossible to do in even the US or Switzerland.

I picked up this War Sport licensed LVOA-S replica by Krytac from Socom Tactical Airsoft a while back since they were getting such good reviews and this was the one realistic looking model Krytac were making. It’s an interesting object now since War Sport was totally absorbed in to ZRO Delta and the company name no longer exists. Also checking out the ZD website I don’t see the LVOA type rifles listed, which isn’t too surprising as the idea had a whiff of snake oil about it to me and that was backed up by a couple of firearm reviews I found, plus the thing was excessively heavy for a modern 556 AR and that carries over to the airsoft version funnily enough. I had the LVOA-C at first (which is the longer gun) but the weight on these things largely comes from the very poorly designed handguard so switching to the S with a much shorter barrel and forend proved to be the right move. 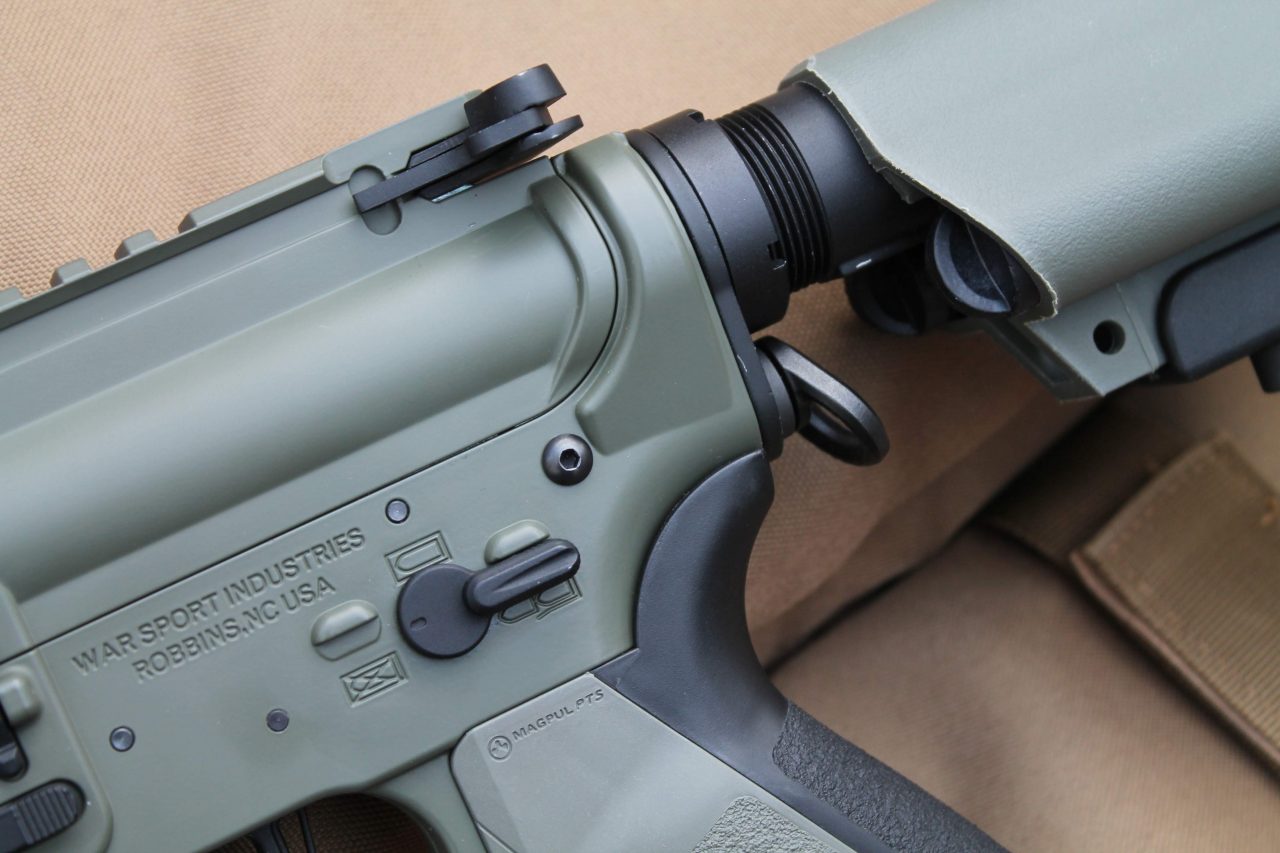 I didn’t set out to make a perfect replica of the War Sport product, but I already had PTS MIAD kits in Black and FG so I swapped the back straps over and put one on, though the front panel isn’t removable on the AEG version. Picked up a pair of B5 Systems SOPMOD stocks and moved all the parts around, changed the trigger guard to a Magpul Industries Corp. in FG, changed the mag release to a KAC ambi style and slapped in a replica Lancer mag.

I think it looked quite cool as it was, but the handguard sorely lacks M-LOK and is way too heavy for what it is, a real recipe for being generally terrible compared to other products that have been available for years now. I’m also not really a fan of the extra wide ‘Crane’ sloping stocks with the battery compartments and prefer something more like the B5 SOPMOD Bravo or BCM Gunfighter stocks, if not a CTR or MFT Minimalist. The non-kosher updated version will be posted here some time in the future. 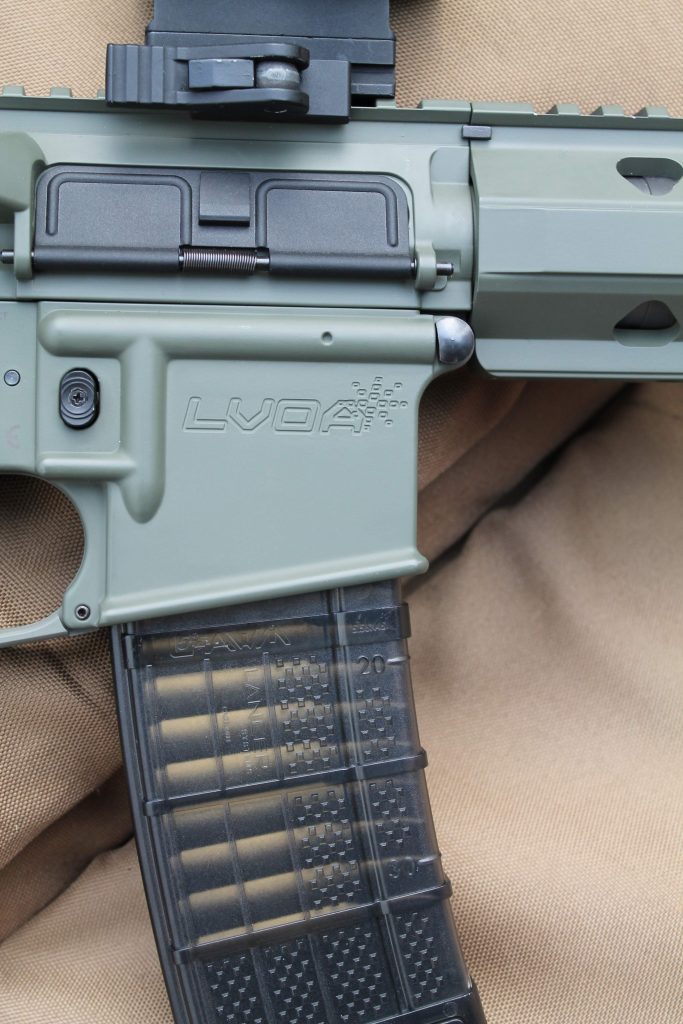