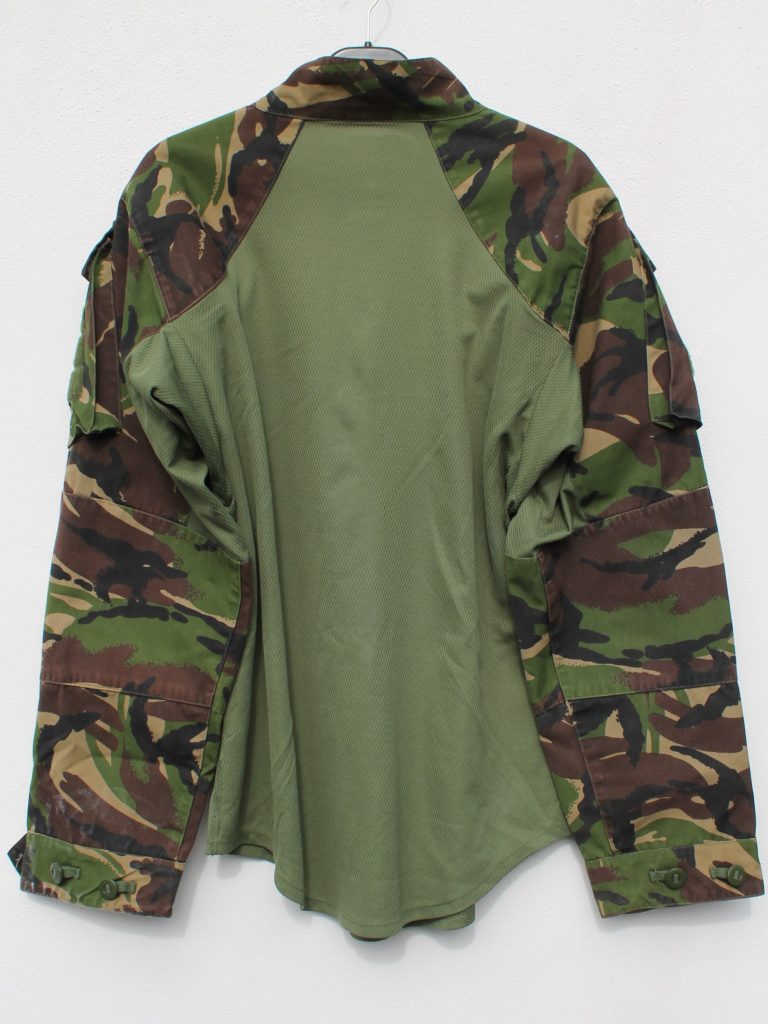 We looked at another variant of this issued DPM UBACS a couple of weeks back and I mentioned that I’d be posting the 2nd iteration down the line, so here that is. Be sure to check this post for more info if you missed it since both of these shirts are extremely similar. 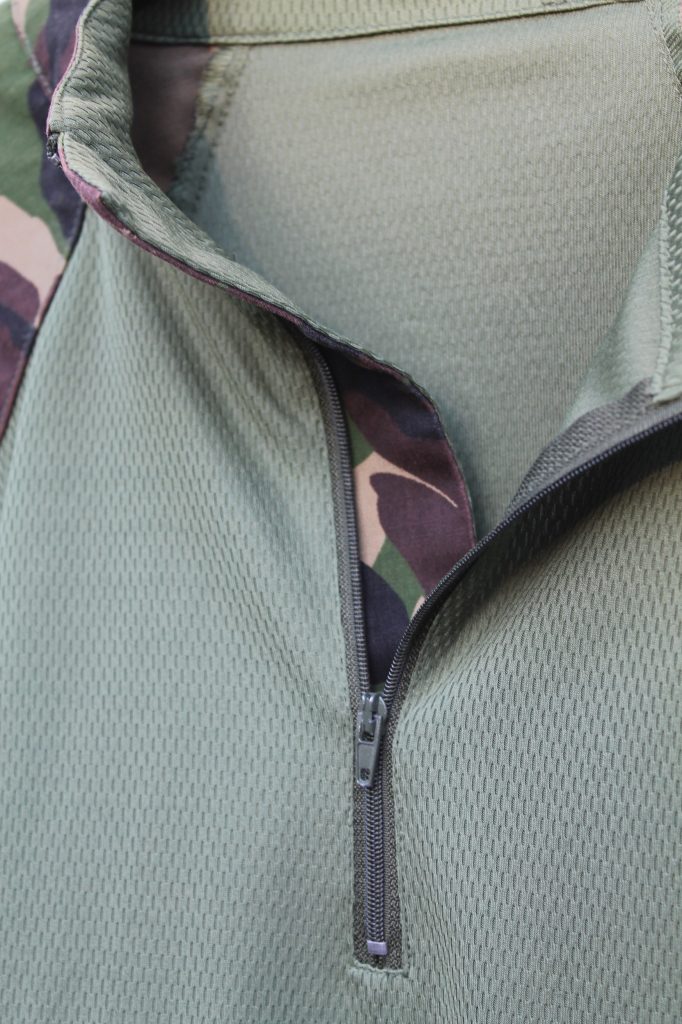 Believe it or not I got this example from survivalaids.com back in 2008, having absolutely no idea at the time that an actual issued temperate DPM combat shirt would end up being a fairly rare thing. It was new in packaging when I got it and they had stock of various sizes at the time, so I can only assume the MoD ordered a large amount then decided against actually making them a general issue item for troops and surplused most of them. 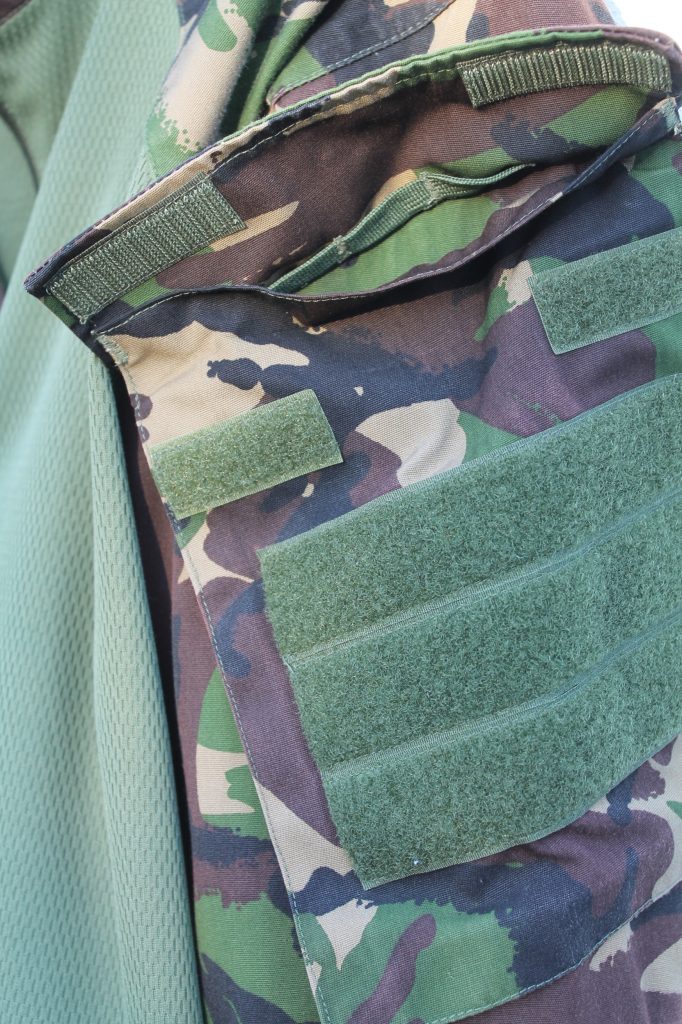 When discussing the two variants it’s actually fairly easy for me to figure out which one came first. When I joined up in 2007 I was issued 3 green t-shirts in the exact same green 100% polyester fabric that is used on the torso of this combat shirt. My issued DPM CS95s also didn’t have a pre-sewn Union Jack on the left arm, as (not) seen here. A couple of years later when I went to stores for t-shirts they had brown ones using the same fabric as shown on my other DPM UBACS and my issued CS95s started coming with miniature Union Jacks, again as seen on the brown torso example. 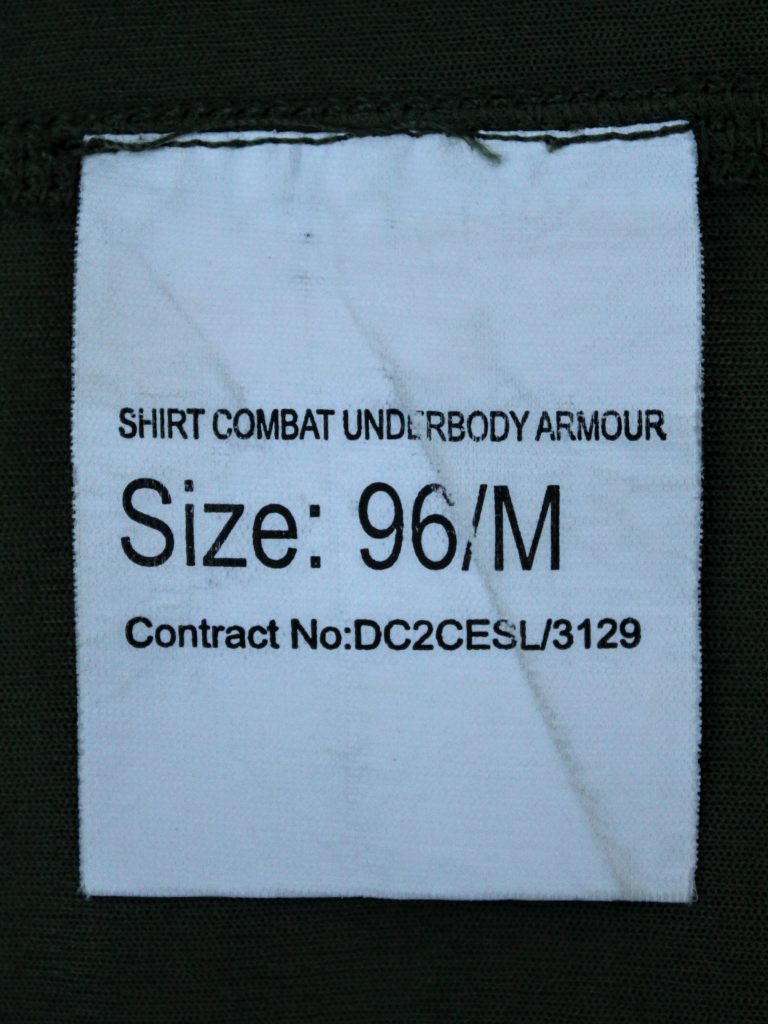 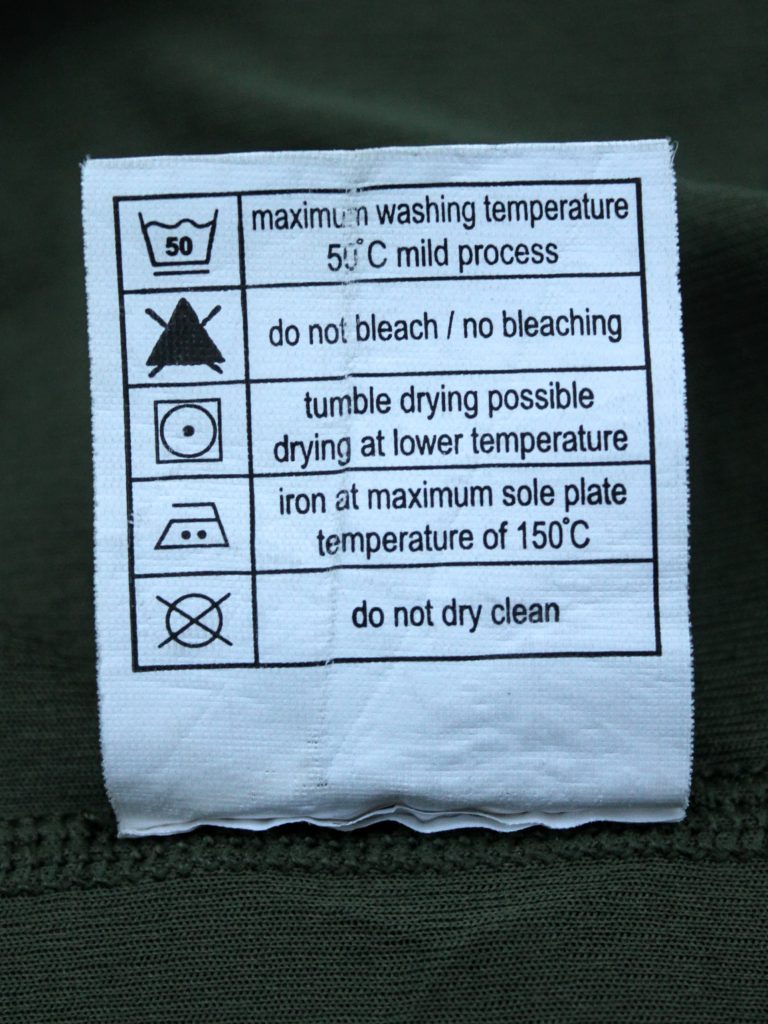 Other than the torso fabric and flag the only difference I can see between my two is in the label. Where the brown torso has a label that was very much standard for issued CS95s and British issue uniform in general, this earlier example lacks the fields for writing in name and service number that you would usually see. Not quite a prototype label, but not the same as the labels in every other bit of kit the MoD has ever lent me.

This was my go to upper garment for a fair few sequential airsoft games back when I got it. At the time, not knowing much of anything my attitude was ‘DPM is woodland camo and I’m playing in the woods.. this makes 100% sense’ even though the site I went to was mostly bare mud, sparsely-leaved bushes, dead leaf litter, bare wooden structures and bare tree trunks for most of the year, so it actually didn’t work all that well at all. It was a good pattern for when it was designed back in the 1960s, but the colour palette doesn’t make the most sense and there are definitely more effective overall patterns in the 2020s. Nevertheless, one of the most iconic camos, not ineffective in the right places and certainly aesthetic.